With passage of the motion, the following candidates for the Ottawa County Commission were censured:

The Ottawa GOP Executive Committee took this action because several sitting members of the County Commission have been publicly embracing Democrat interference in the Republican primary. Many of those same commissioners were endorsed by two political groups with apparent ties to George Soros. The stated goal of those groups is to elect the most liberal person on the ballot in races were a Democrat does not have a chance to win.

Former chairman of the Ottawa GOP, Adam Tountas, who made the motion, released the following statement after the vote.

“It’s pretty clear what’s going on here. These individuals no longer have support from actual Republicans in our community. So, they’re playing games with our primary process and trying to get Democrats to decide who the Republican nominees should be. Election integrity matters, and that type of conduct can’t be condoned by any self-respecting political party.”

“Republicans, not Democrats, should choose the Republican nominee. While we welcome individuals who are abandoning the Democrat Party because of the failed agendas of Joe Biden and Gretchen Whitmer, those who seek to cause mischief and play political games are not welcome. Our primary process needs to be protected. I’m glad this motion passed overwhelmingly.” 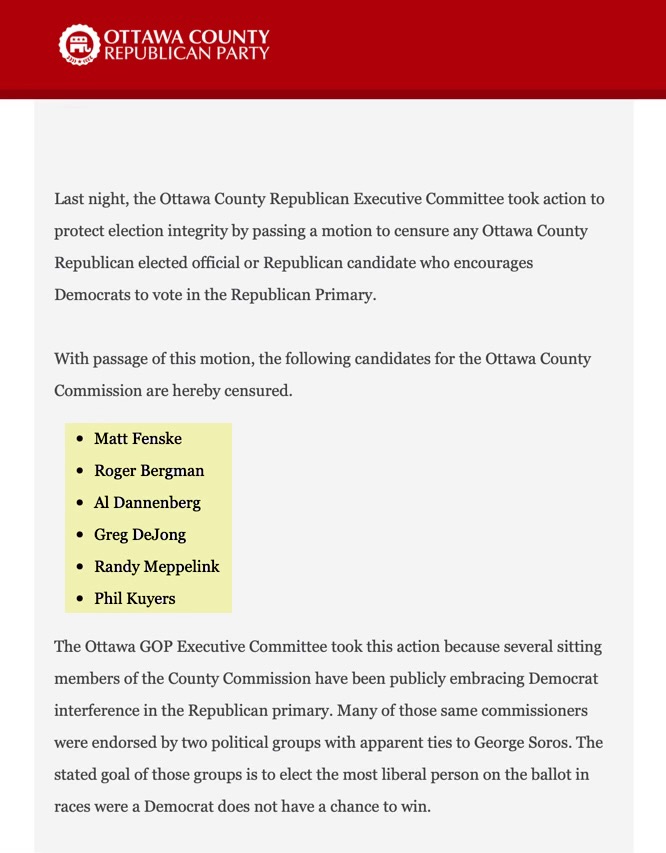 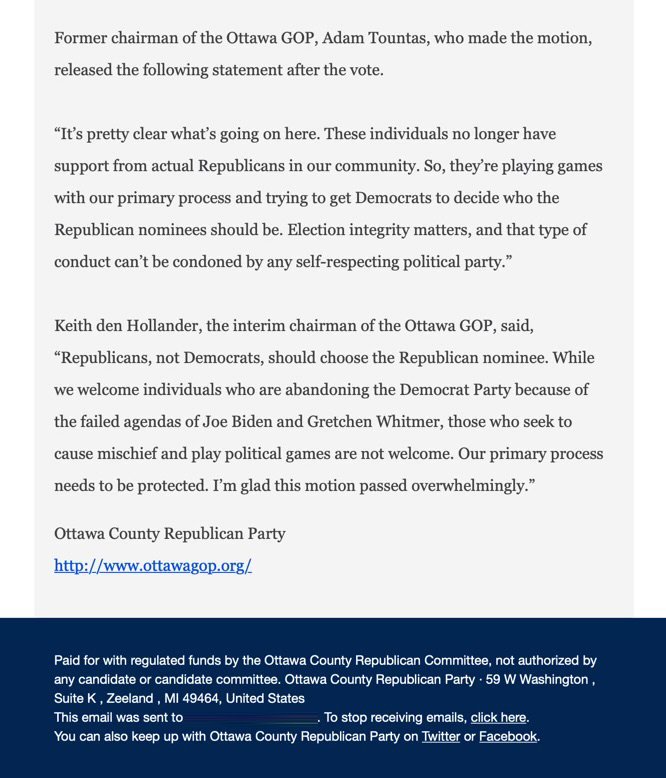