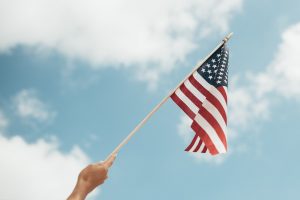 Memorial Day is commonly mixed up with other military holidays observed in the United States. So, what’s the difference between Memorial Day and Veterans Day? Memorial Day observes those who have died while serving in the United States Armed Forces, while Veterans Day, celebrated annually on November 11, honors those who have served or are serving. Armed Forces Day (celebrated on the third Saturday in May) celebrates those who are currently serving in a branch of the military.

How Memorial Day is Celebrated

While Memorial Day barbecues, lake days, and camping trips are common activities for the three-day weekend, there are many ways to celebrate the holiday respectfully. Before you fire up the grill, volunteer to place miniature American flags at military gravesites or in local parks. If you have a flag pole, be sure to fly your flag at half-mast on the holiday as well.

Here are seven more facts you may not know about the history of Memorial Day.